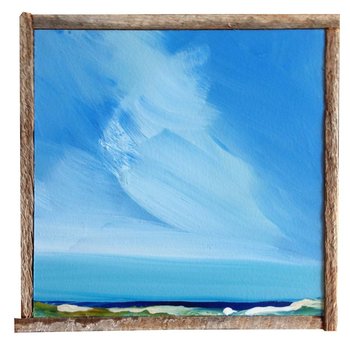 0 stars based on 0 reviews Add your review

Willie Saint James is the Nom d'Plume of a successful American artist endeavoring to offer affordable art to all. Since he began painting he enjoyed making whimsical and impressionistic sky-scapes. Early supporters of his work would buy the affordable pieces. However, as he became more successful and his signature work began to rise in price, he found many could no longer afford his art. Additionally, without painting the fast sky-scapes his other work began to suffer. So, he created Willie Saint James in 2009 to solve both problems. His true identity will be revealed in December of 2017.